From his father, the famous medic and natural scientist Johann Georg Volckamer the Elder, the Nuremberg patrician Johann Christoph Volckamer (1644-1720) inherited a silk factory in Rovereto, which had been founded by his grandfather.
As a rich merchant, he dedicated his time to the complicated business of growing lemons and oranges. The greenhouse, he build for this purpose in his Nuremberg city garden, Gostenhof, had numerous imitators. Under Johann Christoph Volckamer's instruction and thanks to further purchases from 1693 to 1702 he managed to almost double the area. The garden was one of the greatest in the city.
In order to supply his colleagues with scientific proof of his work, and to document his collection, Johann Christoph Volckamer wrote an exquisitely furnished monography entitled "Nürnbergische Hesperides, oder gründliche Beschreibung der edlen Citronat-, Citronen- und Pomeranzen-Früchte". The work was published in Nuremberg in 1708 and, based on its engraved illustrations, is regarded as one of the most beautiful works on botany from the baroque period.
Alongside the citrus fruit, the many vedute of Nuremberg and Italian gardens plus country estates are most impressive, but so are the illustrations and descriptions of other exotic plants like pineapples, coconut palms and cotton. Johann Christoph Volckamer furthermore presented a mundane chronicle of the aristocratic growers.
In this long winded and fancy work, in typical baroque style, he described the Buchsbaum arrangement of sundials, the measuring of garden terraces, the Roman milestones and Constantinople obelisks in his garden. 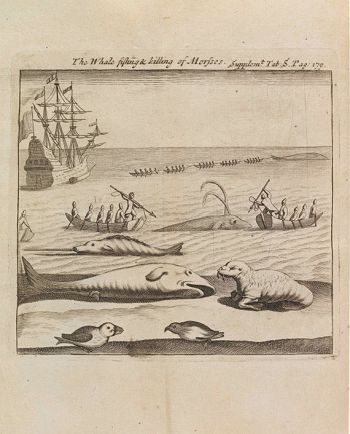 Would you like to sell a work by Johann Christoph Volckamer?